Karaman is not only a city of agriculture and industry. With its rich historical background and natural beauty, it is also a tourism destination. Taking place among the most ancient settlements of Turkey, Karaman meets us with a vestiges from the ancient era. It is also possible to run into traces of ancient civilizations, since Karaman is the cradle of hundreds of mounds some of them still untouched. Also a significant city in regard to belief culture, Karaman accommodates Derbe which is mentioned in the Bible and which has not just been visited multiple times but also live in by Paul the Apostle and is an important place in terms of the Christian belief today within its borders. Carrying its values without losing to future, Karaman is a kind of bridge between the past and the future with its castle, squares, concept of modern city planning and historical fabric. Located at the travel route of tourism centers Konya, Antalya and Cappadocia; Karaman has also an important place in terms of hospitality industry investments.

There are 343 values in Karaman, which are cultural, administrative, civil buildings, natural monuments, archaeological, urban and natural sites. Besides these; culturally important festivals and celebrations are;

Turkish Language Bairam and Yunus Emre Memorial Ceremonies: Karamanoğlu Mehmet Bey, one of the rulers of Karamanoğulları, enacted the law for using the Turkish Language as the official language in 13 may, 1277.

Taşeli Cultural ve Sıla Festival: It is organized annually in Ermenek district in august and september.

Apple Festival: Every year, in september, in Karaman.

Although unknown to many, Karaman is the city where Hz. Mevlana Celaleddin-i Rumi, commonly known in West as the Rumi lived for a period of time before settling in the town of Konya and Karaman sadly is also the city where his mother Mümine Hatun reached her eternal rest. It is also a beatiful city that is the hometown of a famous love and peace envoy called Hz. Yunus Emre. Yunus Emre’s inpiration was to shine a a light of kind heartnessness on the whole humaity by saying “Come let us all be friends for once”.
Karaman is the city of Karamanoğlu Mehmet Bey who firmly stated; “After this day, no one in the council chamber, the dervishes lodge, the palace, the parliament and the square will use any language other than Turkish”. Karamaonglu Mehmet Bey’s grandson Ibrahim Bey also had a message to mankind “Our door is open whoever enters; our food is halal whoever eats”.
İt is worth mentioning that Karaman is also the hometown of a world-renowned Turkish Sailor Piri Reis who was a first man who draw the world map for the first time in history.

There are 12 licensed hotels in Karaman. These hotels have a capacity of 1401 beds, with 716 rooms.

For the Tourism Investment Guide and Map please click

For more information about the tourism sector in Karaman, you can use the documents below. 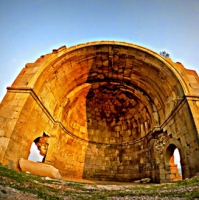