One of the important building blocks of Turkish economy, food and beverages industry is among the most dynamic sectors of national economy with its investment, production and employment structure. Manufacture of food and beverages sector is of strategic importance for Turkey, and among the largest of industry subsectors; it is one of the important sectors of Turkey with its production value, employment contribution, export and foreign trade coverage ratio.Having diverse climate regions and fertile lands in all its regions, Turkey also has a wide range of cultivated products. 45% of overall population in Turkey is employed within agriculture sector, and this population realise approximately 13% of total production.

Turkish food and beverages sector is one of the most attractive fields for foreign investors. Due to providing profitable investment opportunities to global investors, this sector has drawn significant foreign direct investment that reached approximately 4 billion US Dollars in the last ten years.This value corresponds to 16% of all international capital companies. Within manufacturing industry, chemicals sector, food products, beverages and tobacco sector, and textile sector shares the first three places regarding the number of companies with foreign capital, respectively with 523 compa- nies, 504 companies and 468 companies.

Following the developments in the last 10 years, Turkey has become the 17th largest economy of the world, and 15th most important exporter regarding the food and beverages sector.

Turkey has a strong agricultural and food industry, which employs about 20% of the working population in the country, constituting 6.1% of the country's GDP. The sector's financial contribution to GDP has increased by 40% over the last 15 years and reached US $ 52.3 billion. The strengths of the sector include the market size associated with the country's young population, dynamic private sector economy, strong tourism income and favorable climate conditions.

Industry in Karaman with its fertile soils has developed mostly based on agriculture and food sectors. Karaman occupies a significant position in manufacturing-food industry subgroup biscuit and bulgur (cracked wheat) industries. Around one third of biscuit production and 20% of bulgur production in Turkey are satisfied by Karaman.

Food Manufacturing Industry has triggered various sectors such as packaging, raw materials and machinery and Karaman has become a Food City which is capable of being fully capable of giving trade surplus in foreign trade.

In Karaman also there is a large scale (20.000 Ton/year) fruit juice processing plant. It should be emphasized that Karaman is at the 3rd rank in Turkey regarding the apple production.  It is foreseen that fruit processing facilities will increase by the help of rapidly increasing apple production and apple trees.

Karaman, which has a very good point in the production of durum wheat, is a city which has a potential in bulgur and pasta production. There are 15 milk and dairy processing plants in our city, three of which are large scale. All these sectors in the food industry contribute to the brand of Karaman-Food City. Agriculture based food industry enterprises in the province of Karaman are 341. A very important part of these enterprises are enterprises producing cereal, flour and bakery products.

Biscuit production started in small plants at the end of 1960s and became one of the most important industrial products of Karaman. The sector grows with investments made every year, and now 400 varieties of biscuits, chocolates, wafers and cakes are produced in modern factories in Karaman.

Karaman has become one of the leading center of biscuits, chocolates, cakes,wafers production in Turkey and even in the World. Our companies in the sector receive international quality awards every year.

There are around 20 companies in the sector in Karaman. The main products of these firms are products such as biscuits, cakes, wafers, chocolate products and confectionery. These companies are exporting from many different customs of the country, mainly from Karaman and Istanbul. Despite exports from different customs; Karaman has the 20% export share of  "Bakery Products" and  5% export share of "Cocoa, Chocolate and Confectionery products” in Turkey. Karaman is in the first 3 province regarding the “Bakery products” and in the first 5 province regarding the “Chocolate and Confectionery products” in Turkey.

For the executive summary on food and agricultural exports from TR52 region, please click

Executive Summary on Food and Agriculture Exports from TR52
VIEW 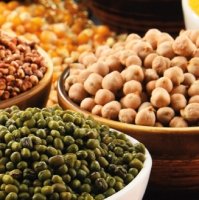